VHF-Radio – What you need to know before buying a radio

A VHF radio is still an essential part of any sailor's life today, even though mobile phone reception in coastal areas is improving all the time thanks to better network coverage. Find out why you need a marine radio on board and which additional functions come in handy.

What is a VHF radio?

VHF stands for Very High Frequency and is part of the marine mobile radio service. VHF radios are can be installed on your boat or are available as handheld radios. Very high frequency waves are transmitted and received via an antenna on board. Range depends on the height of the antenna, and if an antenna is mounted high enough, a VHF radio can reach a range of up to approx. 30 nautical miles (56 km). The range for DSC is about twice this. With a VHF marine radio, it is possible for two ships to communicate with each other or for a ship to communicate with coastal radio stations.

Why do I need a marine radio on board?

In most cases, a marine radio is used for everyday things on board, such as communicating with other boats, listening to weather forecasts, asking for a bridge to be opened or permission to enter a lock, as well as contacting ports and coastal radio stations. In the event of technical problems or if a marine emergency occurs, a radio can be a lifesaver and provides safety on board. A marine radio is much more reliable than a mobile phone, which has limited range on the water and with which calls often break off. 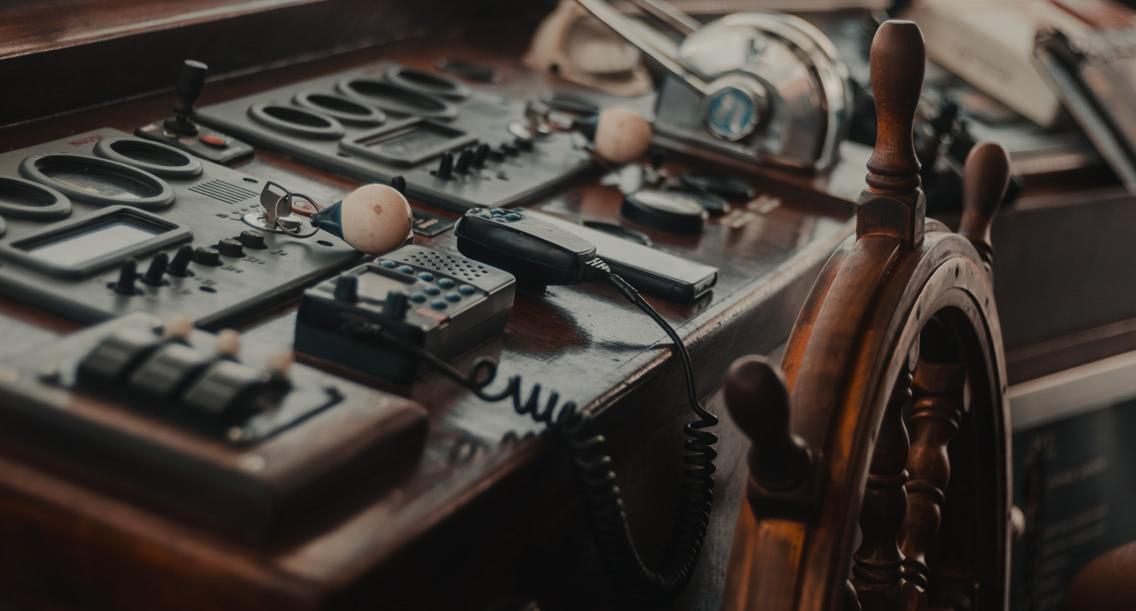 How does a VHF radio work?

Unlike single-sideband radios and shortwave radios, VHF radios receive and transmit line of sight (LOS) signals. This means that due to the way these radio waves travel, mountains and land masses that restrict visibility can also block VHF radio signals. VHF radios only 'hear' the strongest signal they receive. If several boats are transmitting on the same frequency at the same time, only the radio message with the strongest signal is sent. Installed VHF radios are powered by the boat battery and usually have low power consumption. This means, however, that if your battery is discharged, your VHF radio will no longer work. In this case a handheld radio is good to have as back up.

VHF radio with a 5-star rating 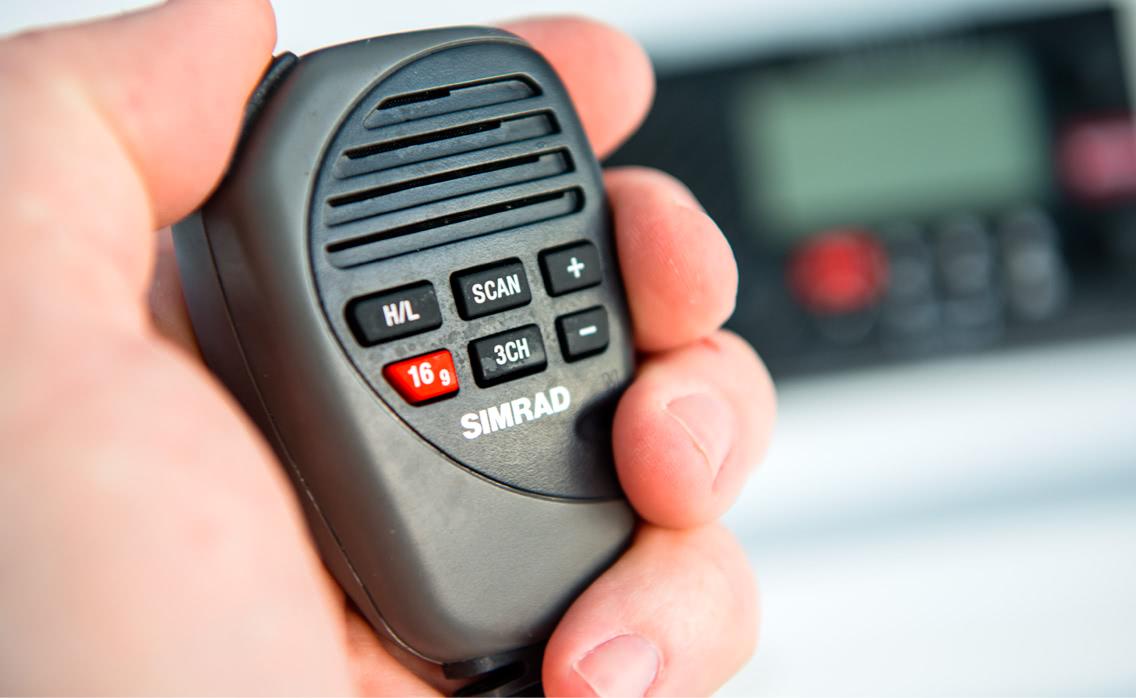 The SRC radio certificate (Short Range Certificate) entitles the holder to operate a VHF radio system with DSC controller on a recreational craft or sailing yacht in international waters. The SRC is valid for an unlimited period and is also required by many charter companies in the Mediterranean.

In inland navigation in Germany (on rivers and lakes), if a VHF radio system is present on board, a UBI radiotelephone certificate for inland radio must be held. UBI certificates are valid for both professional and recreational navigation.

DELIUS-KLASING DK - The Text Book for UKW license
No rating yet
only €15.79 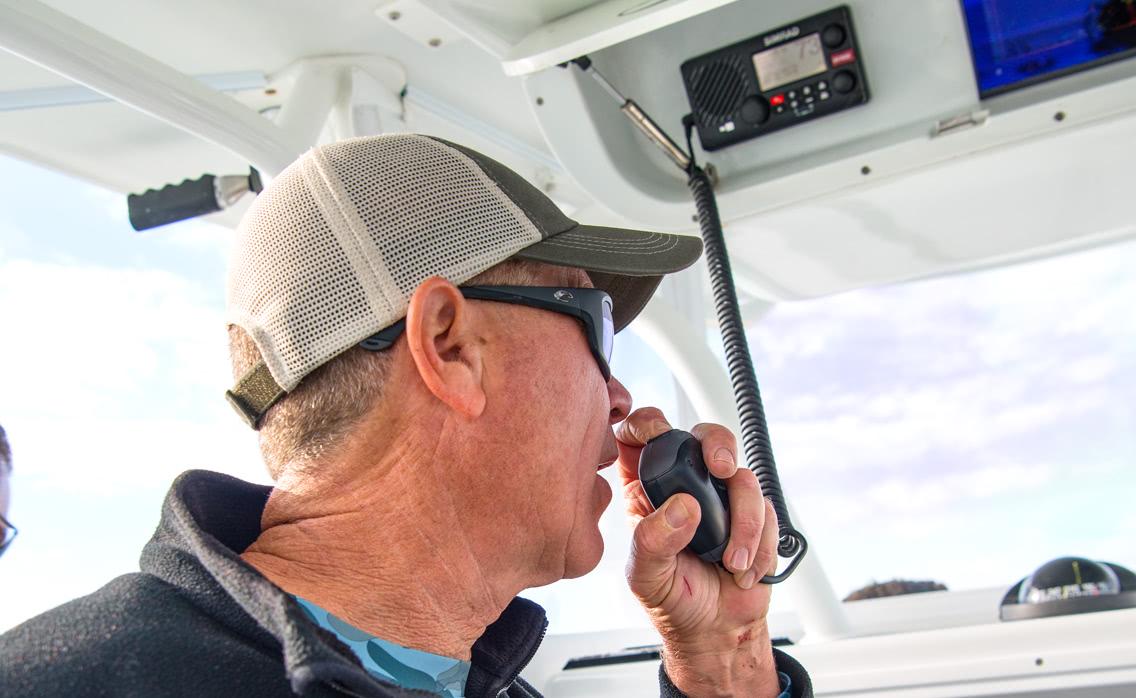 Radios have different channel groups, depending on their specifications. When buying, you should pay attention to the purpose for which your preferred radio is intended and which functions and channel groups you need on board. Some functions and menu items, such as DSC call, are only available in the respective channel groups.

The channel group your VHF marine radio is currently set to is usually shown on the main screen of the display. The channel group can be changed by pressing a button or via the menu, depending on the model.

A distinction is made between the following channel groups and functions:

INT stands for International. This channel group is used outside inland waters. The radio can transmit with a power of up to 25W, depending on the channel.

DSC stands for Digital Selective Call. This is a special calling procedure in marine radio, which can be used as an alternative to voice radio calling through public channels. Most current marine radios have a built-in DSC controller. DSC is part of the international GMDSS protocol for safety measures (Global Maritime Distress Safety System). To use DSC on your marine radio, you need an SRC radio certificate and a DSC number, also called an MMSI (Maritime Mobile Service Identity) number. An MMSI number can be applied for online. The VHF radio can then be programmed with the number either by your dealer or by yourself. DSC radio should be part of the standard equipment on board, especially on yachts sailing at sea.

Once you are in the DSC channel group, you can make a distress call using the Distress button on your radio. The distress call will contain details of the type of emergency and your personal MMSI number. If a GPS receiver is connected to your VHF radio (modern radios have a built-in GPS antenna) your current position is also transmitted. If no GPS receiver is connected, you can enter your position data manually. This can be particularly inconvenient in a stressful situation, so it is therefore advisable to connect a GPS receiver.

If you are sailing with several other vessels, DSC group calling is a good way to stay in touch. The DSC group call feature allows you to call a pre-selected group of MMSI numbers or vessels via DSC. This is particularly useful during a race or when sailing in a fleet. When an alarm is received, the units automatically switch to the active channel. 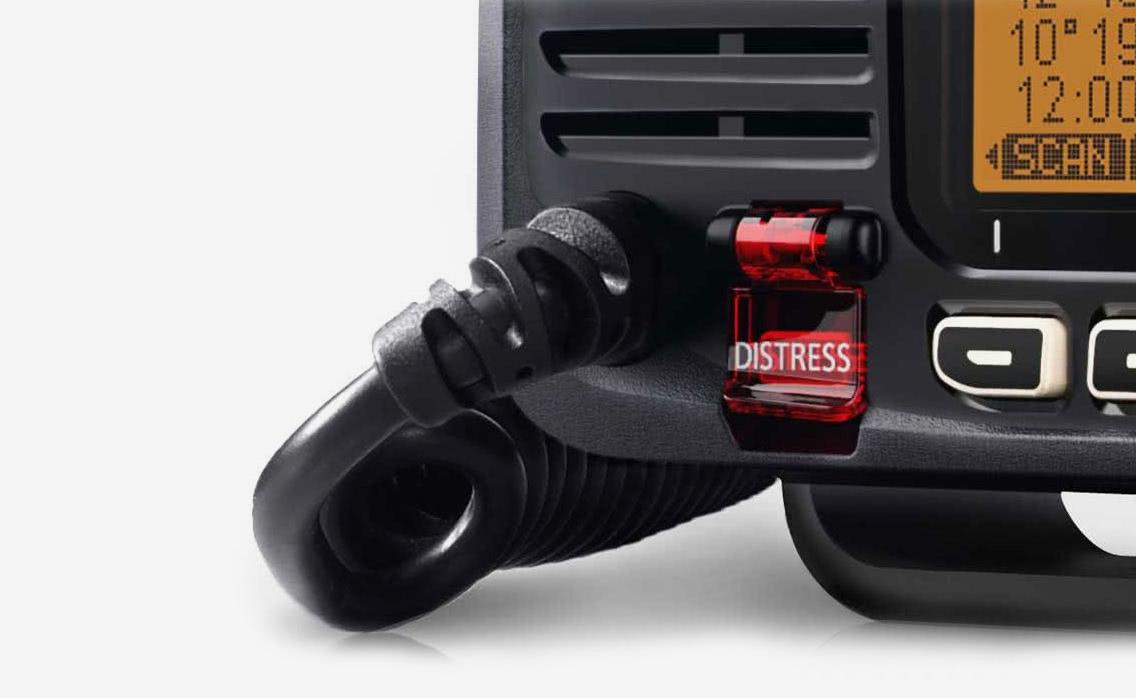 Before making a DSC call, you must define a radio channel that you wish to use for voice communication. When the DSC call is accepted by the other party, the channel is automatically changed to the previously defined radio channel.

TIP: To keep your details readily available, affix your personal MMSI and call sign to the radio so that they are clearly visible.

ATIS stands for Automatic Transmitter Identification System. An ATIS radio or ATIS channel group is used for radios on inland waterways. For inland ATIS radio, possession of a UBI VHF radiotelephone certificate is mandatory. The radio must also be programmed with your personal ATIS number. The ATIS number can be obtained in the same way as the MMSI number from an online portal (country dependent). The ATIS number is transmitted with every radio message sent and is used by the authorities to identify the radio station that is calling. In order not to interfere with surrounding radio traffic, transmission power of radio equipment is limited to 1W in the ATIS channel group.

Frequency in MHz, only with performance "low" (Low Power), only receipt

What additional features should my VHF radio have?

A GPS receiver for a VHF radio is highly recommended when using the DSC function. This is because DSC technology is based on a current position. If an emergency occurs at sea and you need to make a DSC distress call quickly, entering the GPS position is mandatory. In such stressful circumstances, being able to take advantage of the GPS receiver's automatic position locating is much faster and more reliable than entering this manually on the radio.

Since autumn 2018, it has been mandatory for radio manufacturers to include an internal GPS receiver in their new radios. This is intended to make radio equipment independent of other electronic devices on board. But GPS reception below deck is not always flawless. On steel boats the GPS receiver can be blocked, and metal/wood or multi-layer fibreglass structures can also adversely affect GPS reception. In this case, depending on the supported interface of the radio, it is possible to input GPS data from external sources using NMEA0183 or NMEA2000.

A selection of external GPS antennas can be found here.

Some marine radios have a built-in AIS receiver. If you want to use AIS on board for faster and easier identification of your vessel and increased safety, a radio with an AIS receiver saves you from having to install a second VHF antenna. The splitter installed in the radio allows AIS data to be received through the radio antenna.

Some radios have an integrated AIS transmitter in addition to theAIS receiver. However, some radios require an extra VHF antenna to be installed.

You can find out more about AIS in our AIS guide..

For data input or output, such as current GPS position or AIS data, an NMEA0183 interface and/or the more modern NMEA2000 interface is used, depending on the radio. This interface allows you to exchange data between compatible devices. You can, for example, transfer GPS position data from your chartplotter to the radio device and transfer AIS data received from the radio (with an integrated AIS receiver) to the chartplotter.

To be able to access your VHF marine radio from different places on board, such as below deck or at the helm, you can choose a radio that allows you to install one or more additional control units, making radio communication easier. Depending on the model, a second control unit can be connected either by cable or wirelessly. However, wireless connection is not recommended on steel boats because signals can be blocked. An additional control unit on board is a good alternative to a portable radio, as it shares the power supply and VHF antenna of an installed radio, resulting in good range.

Second unit can be connected 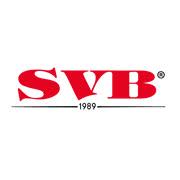 Written by our SVB (technical) experts

Our team of SVB technical experts is there to give our customers professional advice on all matters relating to technology on board. With specialist know-how, extensive training, and a technical flair for electrical connections, fittings etc, our crew are more than qualified to advise our customers.