The life raft - the lifesaver on board! If the worst case scenario happens and you either shipwreck your boat, sink or catch fire, a life raft may be your only lifesaver for you and your crew. For an overview of the different types, sizes and versions of life rafts, what you should be aware of when buying and servicing, take a look at our Life Raft Guide.

„Bought Seago life raft on June 2019. Asked availability from few German shops and also from UK. Not any reasonable answer received from UK. All my questions were answered within minutes by SVB, and product delivered exactly on promised timetable.“ 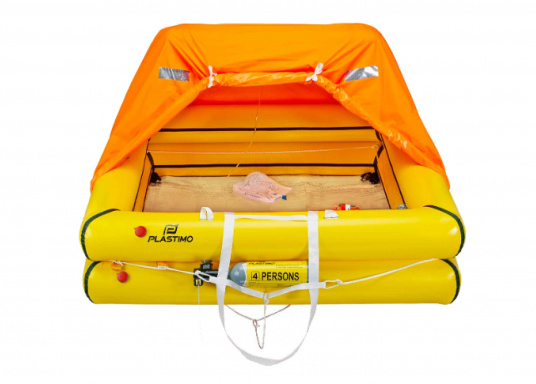 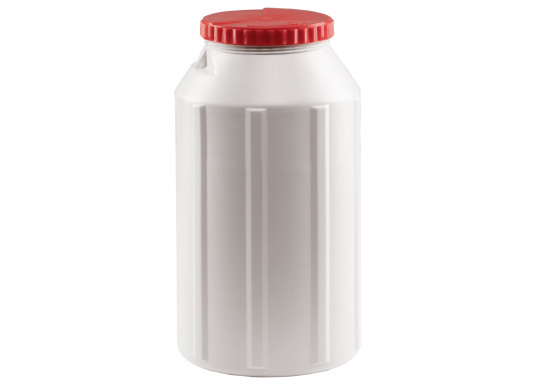 „Perfect storage box for all my flares and the usual great service.“

When is a life raft used?
The golden rule is: do not abandon your ship as long as it remains afloat, or until you are able to reach a safe place, as there is more rescue equipment and provisions on board than your life raft can hold. Your yacht is also more visible to rescue teams than a life raft or a person floating in the water.

What type of life raft should you buy for your sports boat?
While life rafts for commercial shipping have always been subject to high requirements and tests, life raft standards for recreational craft did not come about until the early 2000s with ISO 9650 certification. There are two types of ISO liferafts:

Life rafts for high seas, such as offshore life rafts
A life raft that conforms to ISO 9650-2 standard can be safely deployed at temperatures between 0 and +65° Celsius. These life rafts are suitable, for example, for sailing along the North Sea or Baltic coast, on large lakes and inland waters. They are supplied with a standard emergency package without drinking water but with signalling devices and have the additional advantage of French Bureau Veritas approval and Italian RINA approval.

Number of persons for life rafts
Not only should the ISO type be considered when buying a life raft, but also the number of persons that can be carried. The principle "the bigger the better", i.e. the bigger the raft, the more space it has, does not apply here, as the buoyancy of the raft is optimised depending on the weight of the occupants. If the life raft is too big or too small, there is a risk of capsizing.

Boarding the life raft
The fittest crew member should climb into the life raft first. Ideally, one can enter the raft while still dry. If this is not possible (debris blocking direct access to the raft), there are ladders or entry ramps to facilitate entry from the water. Only when all the crew members are in the raft and the ship begins to really sink (usually many hours later), is the securing line to the ship seperated. All life rafts come equipped with a knife. If a crew member is in urgent need of certain medication, these can be added in advance to the life raft by a maintenance station. When you buy a life raft make sure to seek out proper advice, so that you know exactly what equipment is included in your life raft.
SVB maintenance service for life rafts:
Distress life rafts can only function in an emergency when all of the safety features are in perfect working order. Regular maintenance requires special, product-specific attention. Each life raft has its own manufacturer's maintenance interval, which should be strictly adhered to (usually every 3 years). SVB's service station for life rafts covers the following companies: PLASTIMO, XM, ZODIAC, SEAGO, SEATEC and PLASTIMAR. SVB is regularly trained and the quality inspected by these companies as well. These brands are serviced directly at our location. The maintenance performed by us is accurately recorded in a log book. Other manufacturers send their units to us to be repaired and maintained as well.
Our maintenance check mainly includes:
Why is having a life raft on board so important?
In 2013, the two-man crew of the Sweden 45 yacht “Ciao” were sailing from Indonesia to the Coco Islands when just before coming into eyesight of the coast, they collided with an object below the surface.
The impact tore off the rudder, immobilizing the vessel and causing it to take on water. The crew sent out an emergency distress call and tried their best to save the vessel. The “J’Sea” received the distress call and arrived to help along with two other ships.
Despite all of their efforts, the crew of the “Ciao” still had to abandon ship and seek refuge in their life raft. Their vessel sank shortly after.
The video linked below was taken from on board the “Spirit of Alcides,” a Challenger 39 owned by Australians, Gus and Linda Pallot.
The history of the life raft
In 1914, the idea of ​​a legal regulation for the application of life rafts and other safety equipment was created, as a result of the sinking of the Titanic. In 1960, the legally recognized convention of the International Maritime Organisation (IMO) was formed. This means that commercial shipping vessels, pleasure crafts, charter boats (if they are chartered with a crew or skipper) and traditional ships, must be equipped with life rafts.