Water that has accumulated in the bilge can be removed using a bilge pump.
Bilge pumps can be operated manually or by battery, and there are also electric bilge pumps. These are especially useful for pumping larger volumes of water. Choosing the right electric bilge pump is no easy task, but it's important to get the right one. Several factors must be considered, including output capacity, discharge head and power supply. So, it's a good idea to do some research into which bilge pump is best suited to your boat before buying.

At SVB, we decided to do a test. We asked the question: "Which electric bilge pump is the best and quickest at expelling water in an emergency? "To answer this, we put a number of bilge pumps through their paces. 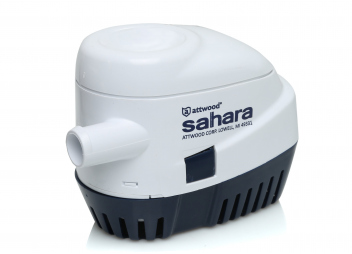 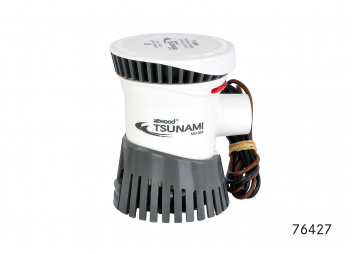 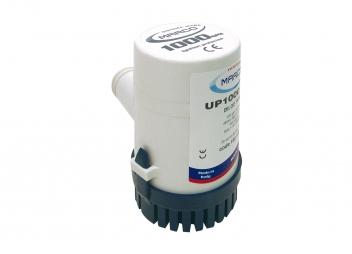 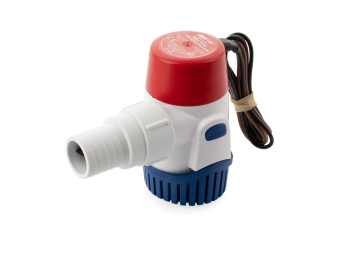 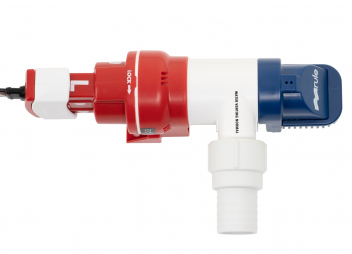 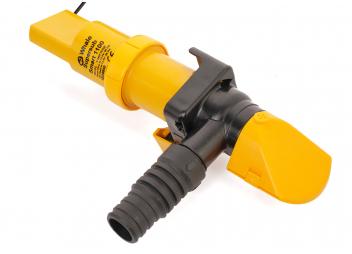 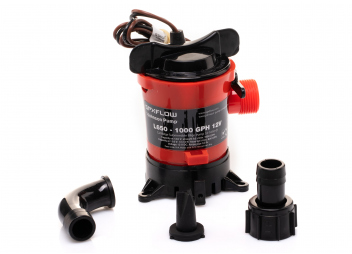 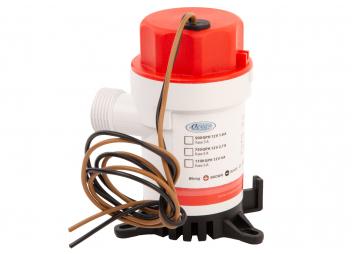 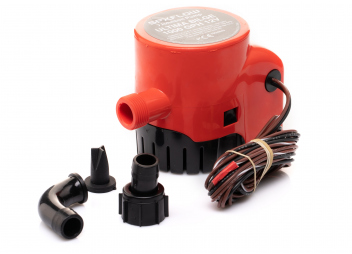 gut, günstig, was will man mehr\r\n

What test criteria did we base our bilge pump test on?

A bilge pump should be able to pump out more water than can enter via a drain hole, for example. The manufacturer's specifications for pumping capacity often refer to its ability to pump water while horizontal and from a fully charged battery. However, a bilge pump must be able to reach a certain discharge head to compensate for the distance between the lowest point of the boat and the waterline.

Therefore, the pumps in our test had to be able to surpass a discharge head of exactly one metre to be included in the comparison. We stopped the clock after an output of 50 litres was reached.

Which bilge pumps were tested?

We tested ten bilge pumps from popular brands: Rule, Whale, Attwood, Marco, Johnson Pump and Ocean Technologies. We decided to test bilge pumps that were known to us at SVB as being top performers, all with a comparable output of between 50 and 73 litres per minute and powered by 12 V. These were then tested and the results compared to find the winner.

Some feature a float or contact switch, which automatically detects the current water level and switches the pump on and off independently. Float switches can be located outside or inside the pump. Other bilge pumps are operated via an external switch.

In our test, we placed two tanks next to each other, making sure there was a height difference of one metre (to test discharge head). The lower tank represented the bilge, the upper tank the water level.The lower tank, our bilge, was filled with 100 litres of water, half of which was to be pumped into the upper tank above the waterline. Strong, 2m length hoses were chosen that do not contract under pressure. Hose clamps were used to connect the pump to the hose. A 12V battery provided the power. We also used waterproof cable connections between the battery and the pump for the power supply to avoid possible corrosion. The positive line was fitted with an appropriate fuse and the battery was connected to a charger to ensure a constant voltage of 12 V.

Test procedure: How was the test done?

Each pump was connected to the power supply, the hose attached and placed in our bilge (the lower tank), one after the other. We started each pump manually or it was activated by the float switch. The clock was started when the pump began transferring water into the upper tank and was stopped after 50 l had been pumped.

Our test showed that the bilge pumps needed between 47 seconds and 2:40 min to pump the required 50 litres.

The ATTWOOD bilge pumps had the quickest time, with under 57 seconds, closely followed by the MARCO bilge pump. The bilge pumps from RULE, WHALE, JOHNSON PUMP and OCEAN TECHNOLOGIES took just under two minutes. The JOHNSON PUMP Ultima finished with a test time of 2:40 minutes. 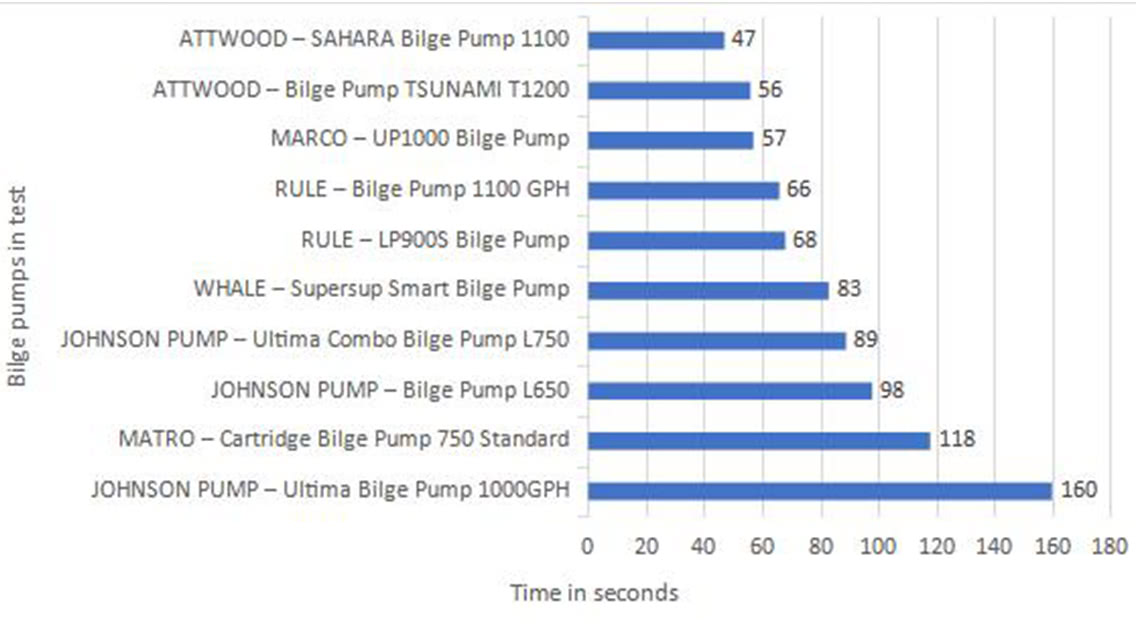 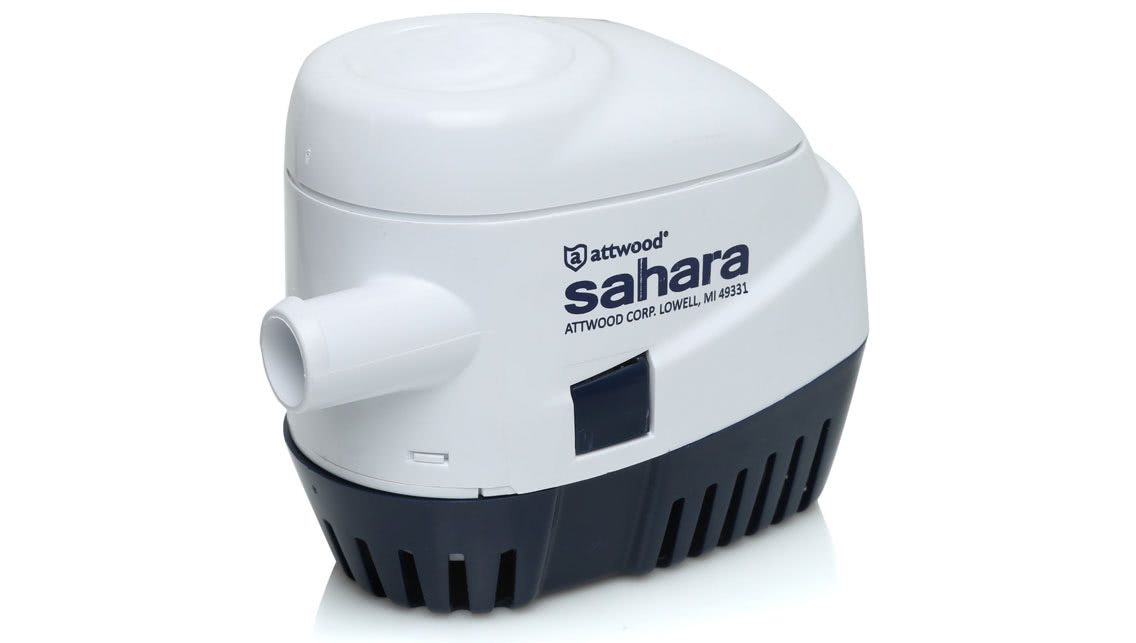 The best bilge pump in our test was from Attwood.
It reached the 50 L mark in an unbeatable 47.02 seconds. In fact, it was almost nine seconds faster than the next best pump in our test.

What the results of the test showed us

If you compare the outputs stated by the manufacturer with the results of our SVB bilge pump test, a high output does not necessarily mean that the water is pumped out more quickly. In our test, the results were varied. For example, the electric bilge pump in first place has a max. output performance of 52 l/min. The one in second place has a max. output of 70 l/min.

Which bilge pump had a better output performance in our test than was stated by the manufacturer?

Based on the results of the test, the following conclusions can be made: Our test winner was able to pump more litres per minute than stated by Attwood. According to the manufacturer, the pump can perform with an output of 52 l/min. In our test, it would be 63.8 l/min. ATTWOOD's second pump was also the second-best bilge pump in our test, but based on our results, it did not perform as well as the manufacturer states. It should have taken 43 seconds to pump 50 litres, but in our test, it took 12 seconds longer. The Rule, Whale, Johnson Pump and Ocean Technologies pumps all took longer to reach 50l than the manufacturer's specifications suggest. These pumps should have been able to deliver the water between 41 and 60 seconds, but in our test, they took between 1:06 and 2:40 min. This means that they took twice the time they should have, and the pump that came last actually took just over three times as long.

It should be noted that this bilge pump comparison was carried out based on our own criteria, which does not match the conditions under which the manufacturers test their pumps. Various factors such as discharge head and hose diameter must also be considered when determining the output performance of a bilge pump.

During the test, it became apparent that, in addition to the general performance, the size of the hose diameter also plays a decisive role. The larger the hose diameter, the higher the pumping capacity of the bilge pump.

Most boats are operated with a 12 or 24 V on-board power supply. Usually, the power for an electric bilge pump is taken from an onboard battery. When the battery is fully charged, as in our bilge pump test, it supplies greater current (at 12 V about 13.8 V). The older the battery, the more power it loses. Needless to say, the pumping capacity with a fully charged battery is higher than a half-discharged battery.

Price-performance: What does a good bilge pump cost?

You won't save much money by not buying a bilge pump, because after all, compared to the cost of a sunken boat, it's a small price to pay. As our test shows, comparatively inexpensive pumps can, in turn, deliver impressive performance results.

Conclusion of our bilge pump comparison

Our bilge pump test has shown that the size of the hose diameter plays an important role, as the larger the hose diameter, the higher the pumping capacity. Battery power and the age of the battery can also affect output performance. Our test results did not match 100 % with the specifications given by the manufacturers, and this should be considered before purchasing.
On the whole, a bilge pump is a must on any boat, whether manual, electric or automatic. In the event of an unexpected leak, a good electric bilge pump can be a lifesaver.