RAYMARINE CPT-S CHIRP Through-Hull Transducer...
No rating yet
only €151.22

RAYMARINE Hypervision Thru-Hull Transducer HV...
No rating yet
only €310.88 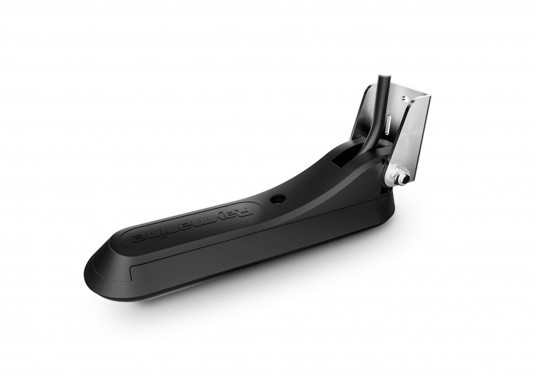 RV-100 transom transducer to be connected to a Raymarine AXIOM multifunction display. Lifelike clarity and perfectly recognizable structures with RealVision 3D Sonar.
The plastic RV-100 transom transducer is a 4-channel, broadband CHIRP transducer with Down- and SideVision as well as a high-frequency CHIRP fishfinder function. In addition, the transducer measures the water temperature and sends the results to the screen of the AXIOM multifunction display.
Due to a built-in course/depth reference system (AHRS), which stabilizes the sonar images, you will always receive crisp images, even in more moderate swell.

Maximum depths:
Angle: The transducer is mounted on a robust, seawater-resistant stainless steel bracket with integrated kick-up system, which prevents damage due to impacts, such as from rocks. The angle of the transom transducer is 0 - 90°.
The RV-100 is supplied with an 8-meter connecting cable, transom transducer mounting, as well as all fastening components.

RAYMARINE Y-Cable for RealVision 3D Transducer / 0.3 metres
only €83 99
No rating yet
Only 2 in stock