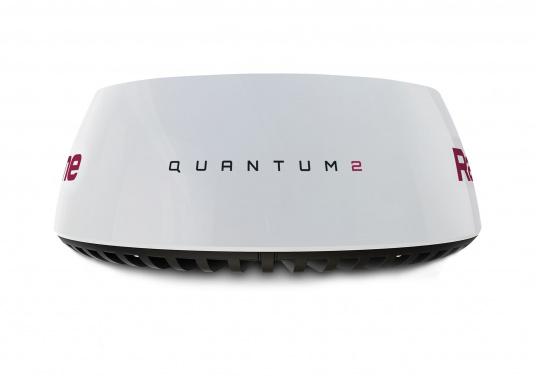 Autopilot Sensor EVOLUTION EV-1
Show product
only €663.82
Only 5 in stock

Raymarine's QUANTUM 2 CHIRP pulse compression radar with doppler target identification technology provides you with extra safety on both long and short distances.
Due to the special processing of Doppler radar data, it is possible to display moving targets in color on the display.

Microwave energy waves are bounced off of a distant target, just like conventional radar.
Moving targets send back echoes whose frequencies shift upward or downward from what was originally transmitted.
For inbound targets, the frequency increases as the leading edge of the returning echoes are received more frequently as the target’s range decreases.
For outbound targets, the frequency drops as the returning echoes spread out as its range increases.
Doppler radars are engineered to detect these small shifts in wave frequency, and use them to classify moving radar targets.

Doppler radar is tuned specifically to detect the radar echo frequency shift returned by moving vs. stationary targets.
Quantum 2 then uniquely color codes moving targets to indicate whether they are getting closer, or moving away.

Color coded targets make it simple to pick out moving traffic from other stationary targets like land, navigation aids or stopped/anchored vessels. 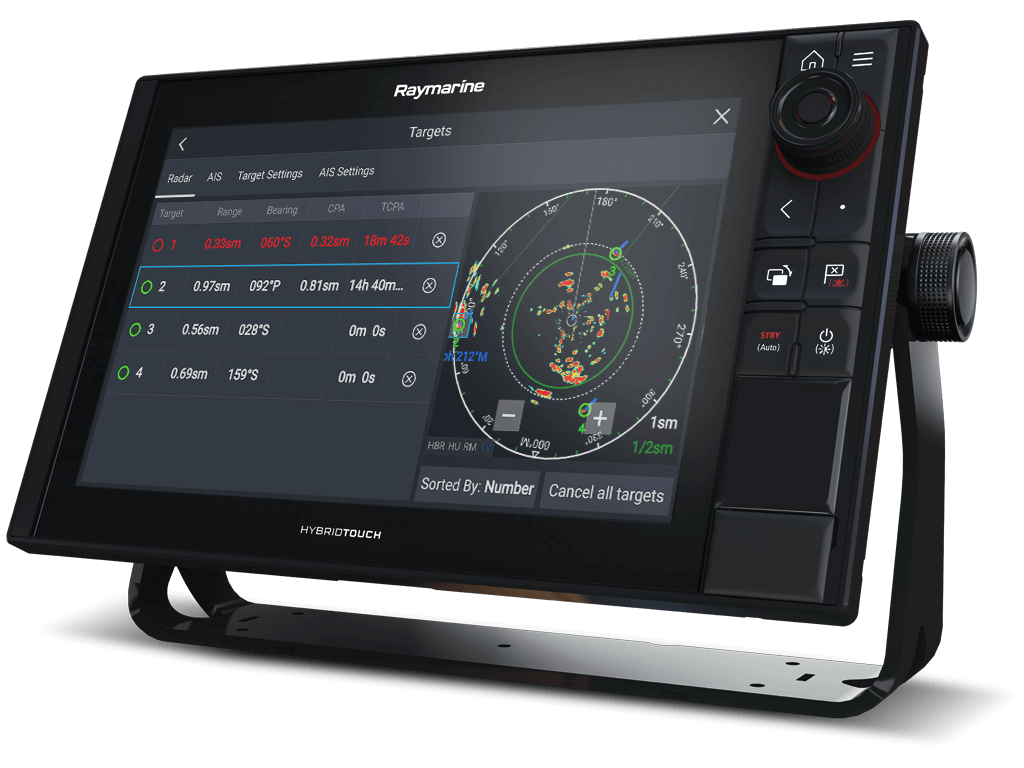 Quantum 2 also features Raymarine’s new True Trails target history display. The True Trails features enables you to see a historical “wake” behind every moving contact. This additional information makes it even easier to interpret the motion of other vessels, and make smart maneuvering decisions to pass safely. 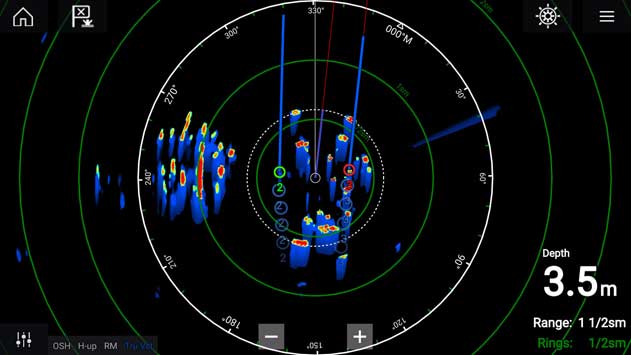 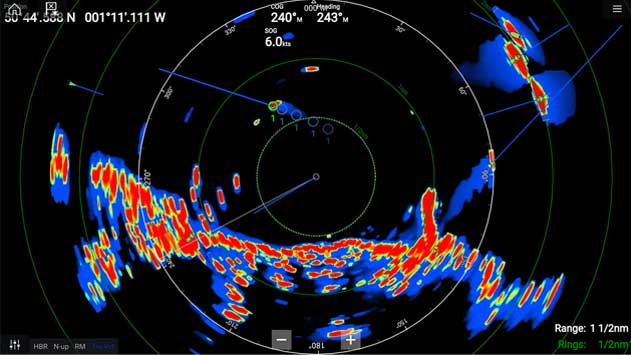 Like every Raymarine Quantum system, you’ll also benefit from a rugged and lightweight design that is super-easy to install. Quantum 2 has very low power consumption making it especially friendly to vessels running exclusively on battery power. Quantum 2 with Doppler can be installed in a traditional wired configuration, or use its built-in Wi-Fi technology to connect it to your Raymarine MFD.

RAYMARINE Adapter Cable RayNet to SeaTalk HS
No rating yet
only €52.90

RAYMARINE Power Cable for QUANTUM Radar Anten...
No rating yet
from €53.74

RAYMARINE MAGNUM Slot Antenna-Radar
No rating yet
only €4,487.35

Dear Sir, We wish you and your company going well. With regard to subject, we would like to request the shipping date for our order.(Order No. 257160) Please check it and let us know by return. Your kind confirmation and soonest reply would be highly appreciated.
No answers yet. Be the first to answer this question!