NMEA Multiplexer BUF MiniPlex-BUF
No rating yet
only €294.08 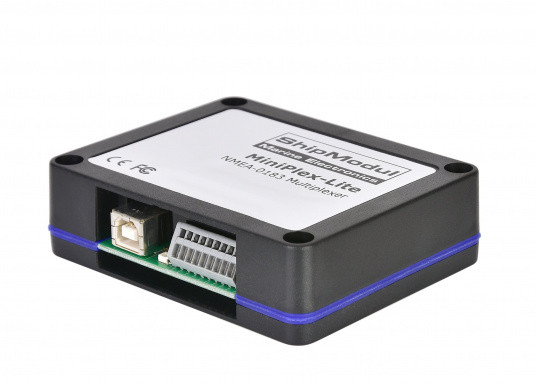 The MiniPlex-Lite is our trouble-free entry level NMEA multiplexer. Based on the proven technology of our existing range of multiplexers, we have taken the fundamental elements of a multiplexer and created a basic zero-configuration, easy to install unit.No configuration is needed, no baud rates to select.
Item no.
14537
EAN
8719326814209
Model no.
0107
Description
NMEA0183 Multiplexer-Lite with USB MiniPlex-Lite
NMEA2000
No
NMEA0183 Inputs
3
NMEA0183 Outputs
1
NMEA0183 Baud Rate
4800 - 38400 Baud
NMEA0183
Yes
Ethernet / Network
No
AIS Support
Yes
Rate product
Shipping and delivery
information
Ask other customers

Control Cable
Show product
from €1.51
The MiniPlex-Lite is our trouble-free entry level NMEA multiplexer. Based on the proven technology of our existing range of multiplexers, we have taken the fundamental elements of a multiplexer and created a basic zero-configuration, easy to install unit.No configuration is needed, no baud rates to select.

The MiniPlex-Lite is our trouble-free entry level NMEA multiplexer. Based on the proven technology of our existing range of multiplexers, we have taken the fundamental elements of a multiplexer and created a basic zero-configuration, easy to install unit.No configuration is needed, no baud rates to select. Just plug in the MiniPlex-Lite into a free USB port of your computer, a PC or a Mac, enter the driver CD and after a few clicks the unit is up and running. It needs no further configuration. Just connect the cables of your instruments to the clamp-connectors with the factory-supplied tool and your computer-based navigation system is complete.

The MiniPlex-Lite is not a stand-alone unit however, it is dedicated to be used with a computer.

The MiniPlex-Lite will operate with any navigation software package through the virtual COM port created by the driver. It provides three galvanically isolated NMEA inputs to connect your GPS and other devices like a speed log, wind meter or an AIS receiver.

A unique feature of the MiniPlex-Lite is the auto-sensing NMEA input on channel 3. This input will automatically detect the high speed data from a connected AIS receiver, which runs at 38400 bps as opposed to standard NMEA equipment which runs at 4800 bps (Bits Per Second).

The combination of the MiniPlex-Lite and it's virtual COM port driver is a dedicated NMEA solution, as opposed to a generic Serial <-> USB converter. It offers galvanic isolation to be fully compliant with the NMEA specification and it does not exhibit the well known problems of generic converters like the infamous 'crazy mouse' problem or sudden drop-outs in the NMEA data stream.
Any attempt of Windows to detect Plug & Play devices on our virtual COM port is blocked, resulting in a real trouble-free Plug & Play solution. Just plug in the USB cable, load the driver disk, a few clicks and you're up and running!

The MiniPlex-Lite is completely transparent to NMEA data. Incoming data is simply stored and forwarded as complete NMEA sentences to the computer.
Any data sent by the computer, like steering information for an autopilot, is output on the dedicated NMEA output.
The multiplexer does not send any NMEA data from it's own inputs to it's output! The navigation software is responsible for forwarding selected NMEA data from the inputs to the outputs.

The communication speed to the computer is much higher than the standard NMEA speed, thus there is no possibility of overflow and missing NMEA sentences from the instruments to the computer.
To prevent any overflow to occur when steering data or waypoints are sent from the high speed computer interface to the NMEA output, a flow control is implemented to momentarily stop the computer from sending data when the internal buffer is full. To enable this feature, Hardware Flow Control must be enabled in the communication parameters section of your navigation software. 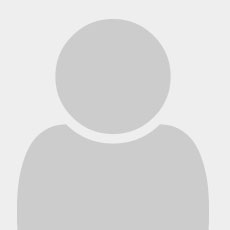