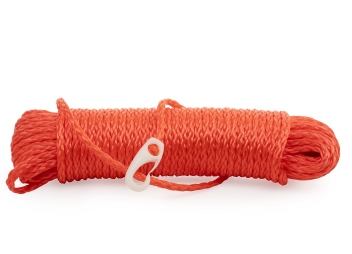 „An imperative piece of gear“ 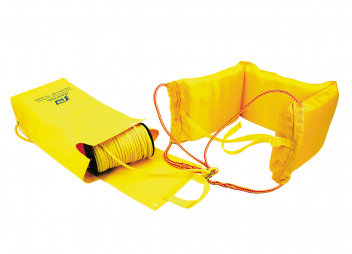 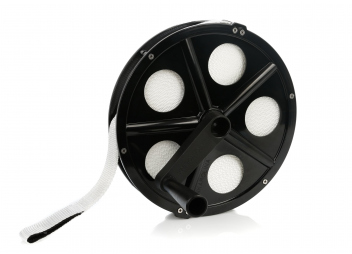 „Quite good. Product instruction is a great example of pure job hate. Better leave this page blank. Or buy some freelancer from IKEA to do pictures.“

No room for compromise: throwlines save lives. An essential piece of lifesaving kit, make sure your lifeline is readily available, ideally with a throw bag so that it can quickly be thrown to any person who has gone overboard and needs rescue. Combined with a strop, rescue ring or other flotation device for an MOB manoeuvre, lines must also be able to unwind easily without the intervention of a crew member. This is important, because your (small) crew will need to focus on the rescue and not be distracted by knotted or looped rope. For all these emergencies, we offer highly visible, easy-grip and robust buoyant lines with matching holders or in a throw bag. Learn more about Rescue Lines...

What is a rescue line?

In an MOB situation, quick reactions can often be the difference between life or death in rough seas. Make sure you keep your throwline handy on deck and know where it is kept so you can get it quickly in an emergency. MOB rescue lines are usually made of polypropylene, for added safety on the water, they should be floatable with good grip. High visibility colours make it easier for the casualty to see the line, it also helps prevent the rescuer from accidentally running over the line in the water.

How do you use a rescue line?

Your throwline is essential lifesaving equipment for swimmers that come into difficulty in the water. It should be at least 30 m long and be in excellent condition. Kept on deck, it will be exposed to the elements. So make sure you replace your line with a new one after 5 years, 10 max, even if it's never been used. Lines are usually coiled and mounted at the stern. It can then unravel aft while the boat stops.

At the loose end there is often a rescue sling, rescue ring or other rescue system. This is often thrown to the person overboard in an emergency. If the casualty is unable to reach the rescue device themself, the boat should circle the person in the water in a large arc. In doing so, the line will unwind until the end and then be pulled towards the person. It must be securely attached to the boat in order for it to do so.

Sailboat lifelines are also available as throwlines that are kept in a throw bag. In this case, one end of the line is attached to the boat and the bag containing the rest of the line is thrown to the casualty in the water. The line is not removed from the bag, but comes out as it is thrown. The weight of the line in the bag gives the thrower additional range. Nevertheless, lifelines in a throwbag are more suitable for short distances in low swells after the boat has been stopped. The person in the water must also physically attach the line to their life jacket themselves or hold on to it.