DSC - Digital Selective Call - your best chance at getting rescued from drowning. The future of VHF communication. Due to less use of channel 16 and the elimination of trained radio operators on cargo vessels, VHF communication at sea experienced fundamental changes. Learn more about VHF... 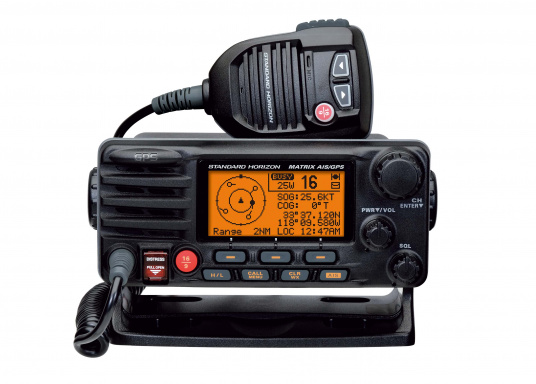 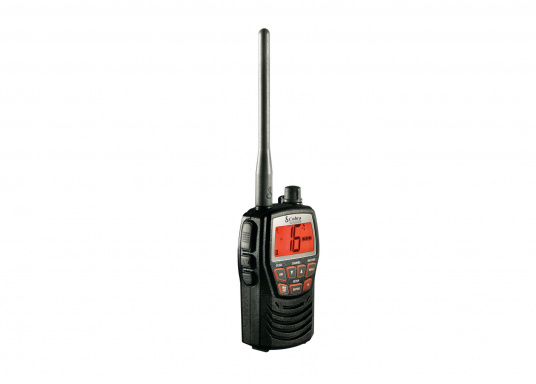 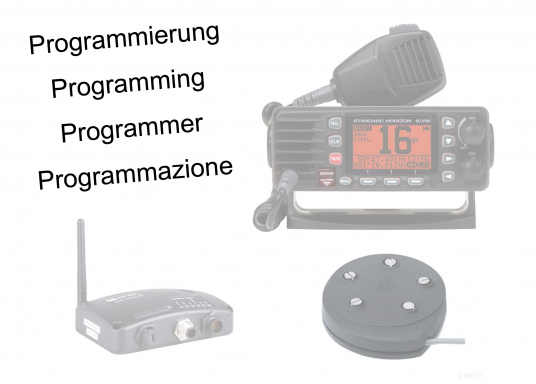 STANDARD HORIZON Lithium-ion Replacement Battery for HX890
49.36 EUR only 49 36 €
No rating yet
Only 4 in stock
BP-245H Replacement Lithium-Ion Battery

Programming Fees
30.2 EUR only 30 20 €
(23)
In stock
Previous VHF radio without DSC.
So far, VHF calls to other ships or coastal stations was done via channel 16. A prerequisite is that other ships are listening to this channel as well. Then they will agree to continue the conversation on another working channel. For emergency calls the common international emergency MAYDAY is sent.
VHF radio with DSC.
The MMSI or DSC-number: your personal "phone number". A fundamental innovation in DCS is the MMSI number. With the MMSI number, ships, rescue services and coastal stations have their own identifying number. Via the MMSI number other ships can be called directly with one button. (Instead of using the general channel 16, which is often not monitored). You can directly contact other VHF partners via DSC by means of programmable MMSI numbers.
Group calls.
With the novel feature of the group call, you can talk to a pre-selected group of yachts and ships via DSC/VHF. This is particularly beneficial when racing or flotilla sailing. During an alarm message, the VHF receiver will automatically switch to your working channel.
Safety messages.
All ship security alert emergency services or coastal stations first of all involve weather and other navigational warnings. In this case, an alarm sound is emitted by your DSC/VHF radio. Then you only need to press one button for alarm acceptance to receive the ship's safety message.
Urgent messages.
Every ship that might need urgent help, but is not in a life-threatening situation, can issue a message via DSC/VHF, for example if a rudder is damaged or the vessel needs to be towed. After an urgent message via DSC/VHF, ships in the vicinity or coastal stations will reply and coordinate rescue efforts.
Distress Call.
Emergency calls are sent and received via DSC. In case of a distress call, pressing the distress/alarm button of a DSC/VHF radio activates a distress alarm along with the cause and position/time (if combined with a GPS receiver), without other ships and coastal stations having to constantly listen to channel 16. The rescue services or other vessels will only have to stay in contact on channel 16 after that.
SVB offers you the latest VHF technology, whether handheld radio or built-in VHF radio system, ICOM or Standard Horizon. Best prices and fast delivery - only at SVB! A pleasure to deal with Everything on time - well informed and arrived exactly where I wanted.