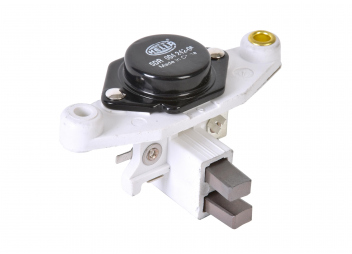 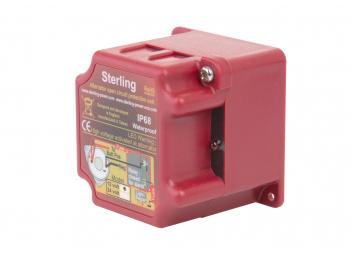 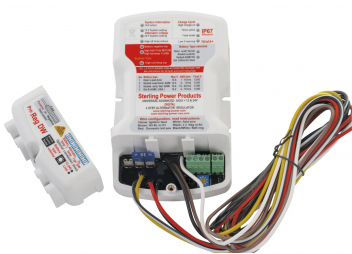 „Typical Sterling product Does the job, manual is a good effort but somewhat discombobulated. Several conflicting descriptions of battery settings and voltages in the same manual and on the front of the unit. Had to measure to find out which are correct. Also had a problem installing it as per manual with the field not getting energized (enough). This was only mentioned in the German section of the manual, the solution was to hook up the power to B instead of D - then the unit can draw enough current to energize the field coil, otherwise it simply failed to work while showing all the correct lights. Perhaps not their best product (or manual), but it does the job now. Would've rather fitted a like-for-like replacement for the defective Balmar MaxCharge, but that was proving difficult to find in the EU!“

- Why to choose a battery voltage controlled high-performance regulator -

What is a high-performance regulator & what does it do?

Almost all yachts and motorboats that require maximum charging power from their alternator have the same problem: the built-in alternator regulators are only designed to charge a small starter battery. Standard regulators are generally not designed to control alternators so that batteries - especially large battery banks - are fully charged. Battery voltage controlled high performance regulators measure the current voltage at the battery and not directly at the output of the alternator. They use "maximum current charging technology" (multi-level IV characteristics), which results in significantly shorter charging / motor running times. In addition, voltage losses due to long lines, junctions and isolating diodes are detected and fully compensated for by increasing the alternator output voltage accordingly.

The advantages of a high-performance regulator

Installing high-performance regulators on board

Since a high performance regulator only optimises the function of the alternator, no further changes are necessary in existing charging technology on board. Only a few control cables are required to be connected for installation. For field excitation connection, in most cases it is also necessary to access the alternator. In the case of anyone who is concerned that installing a high performance regulator would be too complex or worries about loss of warranty on a new alternator, this doesn't mean that it won't be possible to optimise your battery charge. You can take advantage of the benefits of an alternator-to-battery or battery to battery charger.

SVB is a reliable supplier for me. Everything works well from the order, invoicing to fast delivery.