Come along, follow us and see our hot deals and immense water sports selection for yourself! 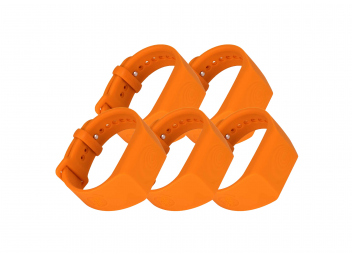 „This product simply doesn&#039;t work. Because of low quality of design and manufacturing this product is useless. Bracelet has integrated switch, which is unjustly activated every few minutes just by heaving the bracelet at wrist. After half an hour you we returned the bracelets into packages as the alarm was activated every three minutes just because of design failure. “

SEATAGS is an MOB wristband of the French manufacturer SECURITAG SAS from Nantes on the Loire River
The SEATAGS development team essentially consists of sailors who have challenged themselves with the aim of integrating our everyday technology (smartphone / tablet) at the service of boaters and make water sports even safer. How does it work? The SEATAGS wristband features a transmitter which is connected via an app to compatible devices of the crew (via Bluetooth). As soon as the wristband is switched on, a signal is transmitted to the paired end devices (smartphone / tablet). When the wristband is submerged in water, the connection is interrupted and the transmitter triggers an alarm on the connected devices and stores the GPS position at the time of the MOB situation. No further installations on board are required for operation! SVB sells the SEATAGS wristband individually, in a set of 3 or 5 for the whole crew or family.