Protective Cover for CATCH AND LIFT
No rating yet
only €11.72 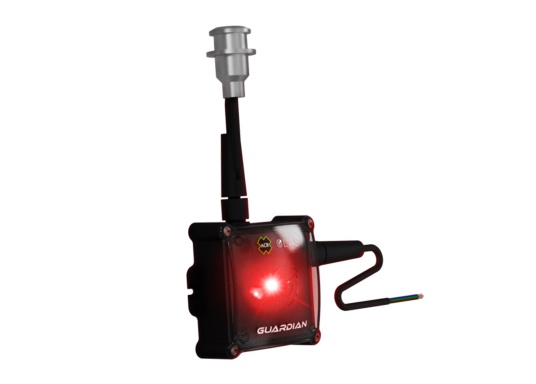 Item no. 48160
The ACR OLAS Guardian is a small, wireless engine kill switch that is activated within two seconds of a person going overboard and stops the engine running. It also functions as an MOB alarm system and significantly reduces the likelihood of a serious accident.
Item no.
48160
Model no.
2985
Description
ACR - OLAS GUARDIAN engine kill switch and MOB alarm system
Rate product
Shipping and delivery
information
Ask other customers

Wireless kill switch and Man Over Board alarm system
The ACR OLAS Guardian is a small, wireless engine kill switch that is activated within two seconds of a person going overboard and stops the engine running. It also functions as a Man Over Board (MOB) alarm system and significantly reduces the likelihood of a serious accident. The device features wireless connectivity, allowing you to move freely around the boat without needing to constantly think about a physically wired kill switch. The Guardian is suitable for use on boats up to 50 feet in length (approx. 15 m).
Connect up to 15 OLAS Transmitters (OLAS Tags) wirelessly with the Guardian. As soon as the Guardian detects a break in the virtual tether to an OLAS transmitter, the engine cuts out and a loud audible alarm is sounded. The motor can be started again after 5 seconds and rescue can be made.
Delivery contents include the OLAS Guardian emergency kill switch, an OLAS tag transmitter, and a stainless steel control switch. Further transmitters are also available to purchase separately.

Calibration and monitoring via the ACR OLAS app
The kill switch can be easily operated via the ACR OLAS mobile app. Use the app to change settings such as the length of time before engine cut out occurs. The app can also be used to check OLAS transmitter battery levels and activate or deactivate the alarm system. Using GPS positioning, it also possible to track an MOB emergency and detect the direction from which the signal is coming. A customised ID name can be added to each transmitter for easy identification.

Audible alarm and emergency light
In the event of an MOB, an audible alarm (85 db) is sounded. A built-in LED visual alert is also activated, which additionally serves to light up the surroundings.

Automatic connection
The OLAS Guardian automatically connects to all active transmitters as soon as you enter your boat and the power is turned on.

Pause mode
The system can also be placed in pause mode, which is useful for when you need to leave the boat with the engine idling.

Features at a glance:
Technical data

Protective Cover for CATCH AND LIFT
No rating yet
only €11.72